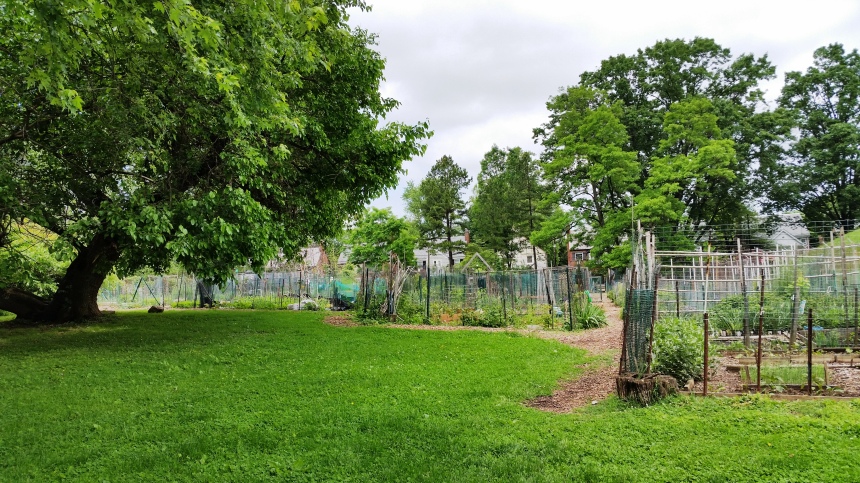 Across from Turtle Park tucked back away from the street and nestled up to the edge of the reservoir sits the Friendship Community Garden at 45th and Van Ness Streets. On my frequent walks to the park with my son, I had often seen the plots along the edge and wondered about its origin. I finally decided to walk over the other weekend to take a closer look. To my surprise as I walked up the slight rise from 45th Street a large garden of 50 plots opened up before me. Flowers, cabbage, carrots, and plenty of other plants this brown-thumb could not identify filled the plots. One gardener was growing hops for his annual batch of home brew, a fact another gardener shared with me with a friendly wave. 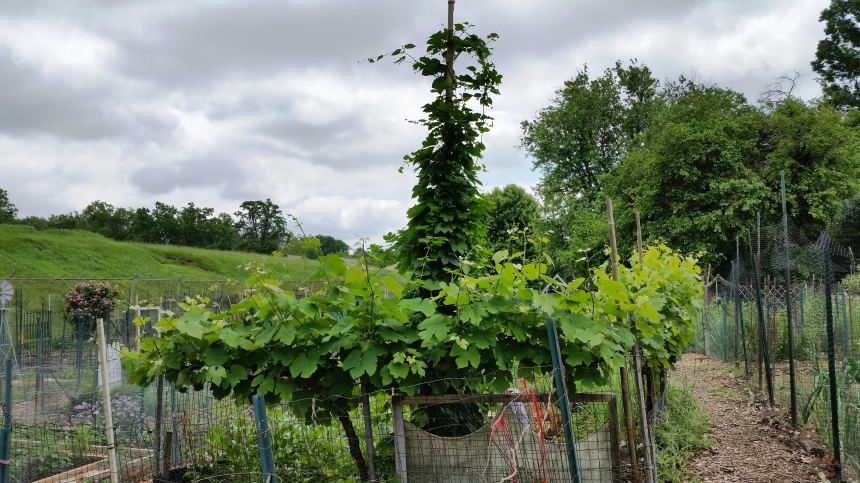 One of 26 community gardens in Washington, DC, Friendship Community Garden began in the 1960s – or the “hippie era” as one gardener named Danny described it. In its early days the plots were larger and fewer in number, but have since been subdivided as more members of the community became interested in gardening. Today there is a wait list of up to three years for new gardeners seeking a plot. And garden plots have to be maintained if members want to keep their spot. Overgrown weeds, untidy beds and failure to water can lead to the ousting of a gardener, Danny shared with me. In the 1970s, the manager of the garden used to leave signs saying “this garden needs weeding” – three strikes and you were out.

Initially the site did not have access to running water, despite being adjacent to the reservoir, and gardeners had to haul water for their plants in jugs. Former mayor Marion Barry gets credit for providing water for the garden following a community meeting. Each gardener had to pay a one-time fee of $10 to offset the cost.

Next time you are near 45th and Van Ness Streets, take a moment to visit the Friendship Community Garden. It’s a lovely spot to meander through or perhaps to sit and have a picnic under one of the large trees that surrounds it. The gardeners I’ve met on my couple recent walks through the plots are cheerful and welcoming, looking up from their work to say hello. 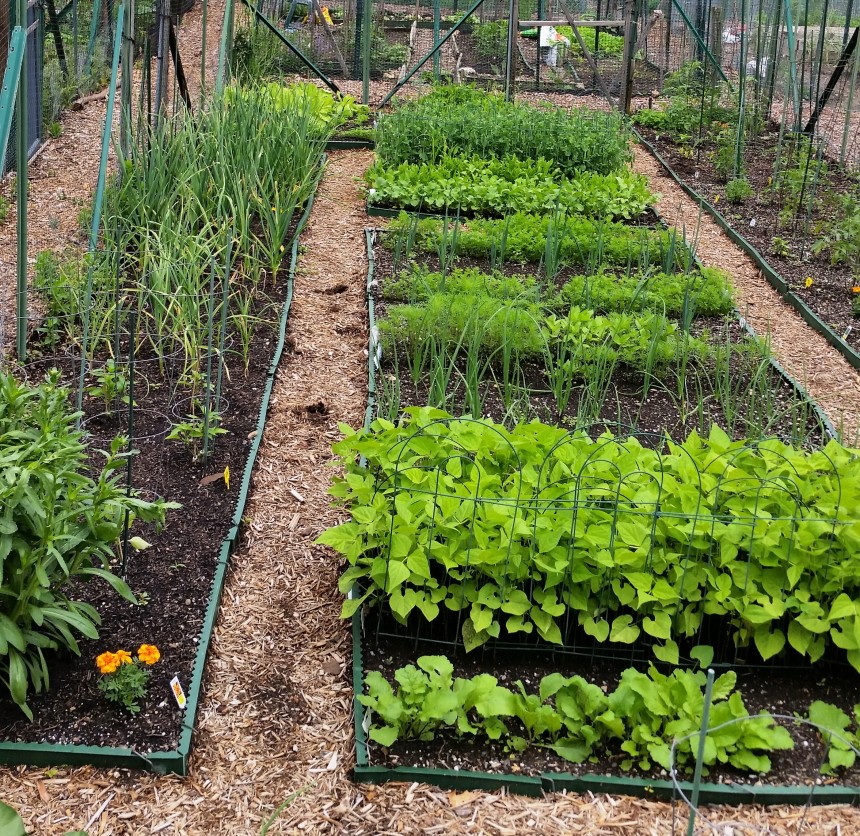 If you are interested in learning more about the garden, I’d encourage you to listen to a wonderful interview with long-time resident Rhoda Trooboff, who has been a member of the Friendship Community Garden since the mid-1970s. The 2013 interview is part of the DC Gardeners Oral History Project. It’s a bit lengthy – 47 minutes – but well worth the time. You can also learn more on the website for DC’s Field to Fork Network.