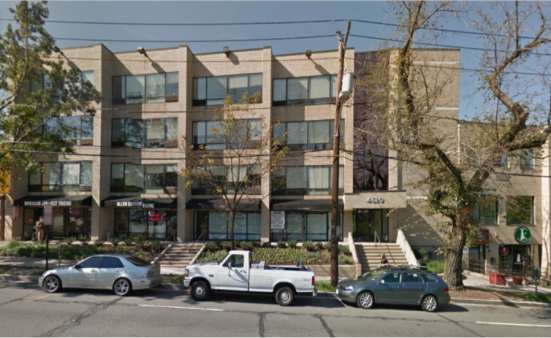 Massage Envy won’t be opening its first DC location in Tenleytown after all – at least not in 2015.

Last June, the spa chain shared plans to open its doors shortly after the new year. With January upon us – and in dire need of a post-holiday massage – Tenleytown, D.C. reached out to the company by email for an update on when we might be able to enjoy Massage Envy’s services. Disappointingly, Regional Executive Director Ronn Wadsworth wrote today that Massage Envy “just discovered that we are unable to [open] for reasons beyond our control.”

Despite the lack of visible progress at the prospective spa location, which still has a July 2014 BZA hearing notice posted on its brown paper covered windows, Wadsworth’s news comes as a bit of a surprise. Massage Envy received support from the Tenleytown Advisory Neighborhood Commission at its June meeting. The following month the Board of Zoning Adjustment swiftly granted the spa the required special exception for massage establishments in the District. Receipt of the exception paved the way for Massage Envy to negotiate a lease with American University, which owns the building. Signs were that AU was supportive of the franchise becoming a tenant.

It’s not clear what got in the way of Massage Envy’s plans, and Wadsworth declined to elaborate on why the deal for the Tenleytown location fell though, citing a request from the former prospective landlord.

All is not lost, though. Wadsworth shared that Massage Envy is “aggressively searching for a new space,” but hasn’t pinned anything down just yet. If all goes well, he hopes to open a Massage Envy location in the neighborhood by early spring next year.