Murasaki Closes Due to Financial Woes

Murasaki Japanese Cuisine and Sushi Bar has closed its doors for good after nearly 14 years in the neighborhood.

Signs Murasaki might be in trouble began to emerge late last month. The restaurant first closed following a failed health inspection on October 23, cited for operating without a manager or a certified food manager on site, operating with incorrect food holding temperatures, and other circumstances that might endanger public health. 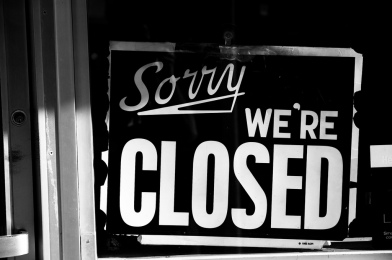 While serious, the violations noted in the citation are generally easy to rectify and typically do not result in extended closures. Nevertheless, the restaurant remained shuttered weeks after the initial order to close.

When Murasaki’s website disappeared online and calls to the restaurant went unanswered, we began to fear other issues might be behind the closure.

It turns out Sushi Story LLC, which owns and operates Murasaki, has been facing financial difficulties for quite some time.

Sushi Story LLC filed for Chapter 11 bankruptcy in February 2013, according to D.C. court records, and earlier this month filed a motion to convert its case to a Chapter 7 bankruptcy. Under Chapter 11 a business typically seeks to restructure its debt and continue operations, while Chapter 7 entails the liquidation of all non-exempt assets to pay creditors. A hearing is scheduled for January 6, 2016 regarding the petition.

Indicative of the restaurant’s ongoing financial troubles, American University, which owns the building at 4620 Wisconsin Avenue, filed suit in June against Sushi Story LLC for unpaid rent. According to court records obtained online, the court ruled in July that AU had the legal right to evict Sushi Story LLC, operating as Murasaki restaurant. AU previously filed suit for non-payment of rent in October 2011 according to D.C. court records.