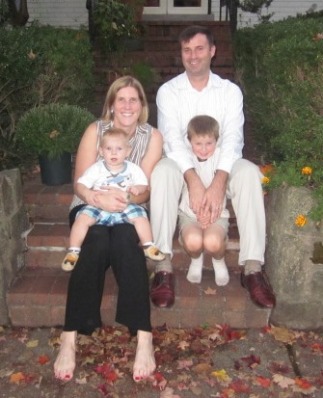 A resident of the Friendship Heights neighborhood for the past 12 years, Tom Quinn has dedicated much of that time to community activism and volunteerism.

He is a founding member of Ward 3 Vision, and has been a participant in Move DC, a District Department of Transportation initiative to develop a new vision for transportation in the District, and in the Neighborhood Sustainability Indicators Pilot Project (NSIPP), a project initiated by the District Office of Planning in 2009 that convened residents in the North Cleveland Park, Forest Hills, and Tenleytown neighborhoods to develop a vision and goals for sustainability in their area.

He is a volunteer with Casey Trees, the DC Chapter of the Sierra Club, and All Walks, a pedestrian safety advocacy group. Quinn has also volunteered at the Friendship Children’s Center and Janney Elementary School, where he is also a parent.

For the past four years, he has served as an ANC 3E commissioner, holding the position of treasurer throughout his tenure.

Quinn holds a B.A. in history and political science from the University of Delaware.

Tenleytown, D.C.: Why are you running for office?

Tom Quinn: Because I believe in better things for our neighborhood and city and I have unfinished work to do as an ANC Commissioner. I also believe I have ably and actively represented my single member district for the last four years and have helped find solutions and compromises on many complicated issues. During that time, I have accomplished the following:

Tenleytown, D.C.: What changes would you like to see during the next ANC 3E term?

Tom Quinn: I would like to see a greater focus on pedestrian safety and traffic enforcement.

Tenleytown, D.C.: What is your vision for this community over the next 5 years?

Tom Quinn: For upper NW to share in some of the positive changes happening in the rest of DC – safer, more vibrant and walkable streets, high quality in-fill development, improved public transportation and bicycle facilities and a public outdoor swimming pool.

Events in the Neighborhood