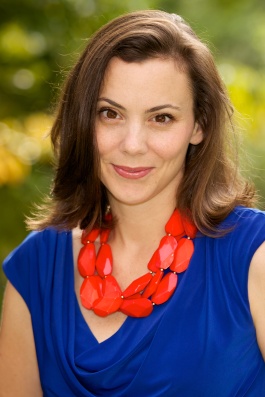 After living in various neighborhoods in the District, Kathleen Sweetapple settled in Tenleytown almost five years ago, purchasing her home on Grant Road where she resides with her family. She is a former journalist, television producer, reporter, and anchor who now owns her own publicity and media firm – Sweetapple Media – here in DC. She also did a short stint on Capitol Hill as a legislative correspondent and speechwriter for Texas Congressman Ted Poe.

Tenleytown, D.C.: Why are you running for office?

Kathleen Sweetapple: I am running because ANC 3E needs more commissioners who listen to their neighbors and act in a way that is representative of the majority of our community. The recent legacy of our ANC is one that represents strong personal agendas—not the will of our neighborhood. I want to help change that.

At a recent ANC meeting, a commissioner told a group of concerned residents (myself included) that commissioners don’t have to listen to us because it was their meeting—not ours. The ANC is ours and ANC commissioners are elected to represent us. This is a commission that provides testimony to the city on key issues and that testimony needs to accurately reflect the needs, interests and desires of our neighbors.

Furthermore, we must improve communications and engagement around community-wide issues that affect us all. Important things are happening—we not only lost a grocery store but major bus routes are changing and major construction to upgrade our local electricity distribution will begin in several months on Western and Wisconsin Avenues. Our neighbors deserve clear communication about community issues and a forum that is open, welcoming and considerate so they feel comfortable voicing their opinion.

Tenleytown, D.C.: What changes would you like to see during the next ANC3E term?

Tenleytown, D.C.: What is your vision for this community over the next 5 years?

Kathleen Sweetapple: I actually believe we should be asking is what is OUR vision for the community. When we elect our commissioners, they should be prepared to work for their neighbors above themselves.

Let’s start by acknowledging there are many visions for Tenleytown. Our community is unique and we shouldn’t settle for a one-size-fits-all approach to development that doesn’t account for our unique neighborhood, the environment, walkability, biking, and parking needs. Nor should we refuse all development along the Wisconsin corridor. Many candidates talk about “smart growth” strategies for the future (such as not requiring parking for new developments) but that plan doesn’t seem smart for Tenleytown and AU Park and the people who live here. Let’s focus on growth that’s smart for us. Let’s talk about what we want and make it happen without the outside influence of people focused on homogenizing large swaths of D.C.

We should feel safe, our children should be able to walk to local neighborhood schools, and we should not have to venture to other areas of the city or into other states for shopping, parks and pools, restaurants, and other services.

We have a wonderful community and now we need to build upon the greatness of Tenleytown together. If we are open minded, collaborative, and constructive in the path we build, we will have community that thrives and prospers over the next five years and beyond.